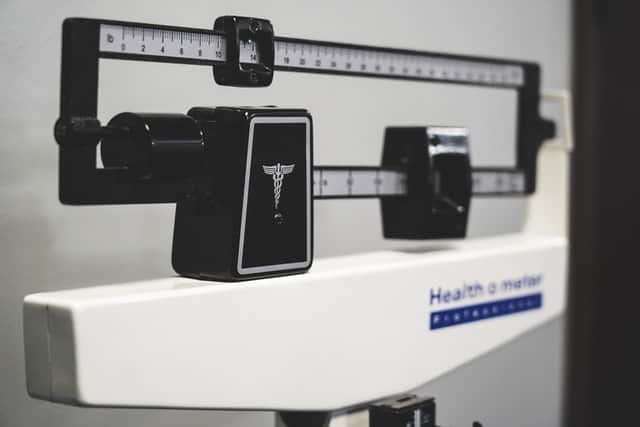 It takes all of 30 seconds on a major cycling website to realize that weight is a red-hot topic.

When it’s light, it features prominently in every ad and product description.

When it’s heavy…well, did we mention how cool this paint job is?

It’s probably self-evident that light bikes are a great advantage in the Tour de France or even your local weekend races.

But for the rest of us, is weight really worth fretting about?

Probably not, and here’s why.

How important bicycle weight really is

Bicycle weight is important for racing, since lighter bikes make it easier to accelerate and to climb hills. It’s also easier to manipulate lighter bikes for tricks and stunts. Weight matters far less outside of competition, since real-world conditions (like stoplights) affect speed and travel time far more.

While an ultralight bike might help you edge out competitors by a couple seconds, it won’t get you to work any faster, and it (probably) won’t make cruising by the lake any more fun.

That said, even commuters need to consider how weight affects using bike racks on city buses, or carrying their bicycle up/down stairs.

For example, Dutch bikes are perfect for general urban use, but quite a handful in a walk-up apartment!

That doesn’t call for paying top dollar to shave off a couple pounds, but perhaps it’s enough to think twice about, say, a beach cruiser.

How does bike weight affect performance?

It takes noticeably less effort to accelerate on a lighter bicycle, all else being equal. Climbing steep hills is also easier, since the effect of gravity is less. However, wheel and tire weight matter disproportionately more than any other weight, since they have to move forward and rotationally.

Very roughly speaking, wheel weight has twice the effect of any other sort. If you’re skeptical, then it’s a relatively easy experiment to replace your tires with much lighter ones and compare the effort over the same route.

However, after accelerating, aerodynamic matter far more than weight. And the gap in importance only grows as speed (therefore wind force) increases.

What is considered a light bicycle?

Rough terrain and heavy cargo multiply the stresses on every part of the bike. The reason a downhill bike weighs twice as much as a road bike isn’t just because of frame differences. It’s because every inch—from the rims to the stem—is built for totally different purposes.

Even though urban/commuter/city bikes don’t need extreme strength, they do benefit from things like fenders, luggage, internally-geared hubs, and even roller (hub) brakes.

Those each add a pound or two, which is enough to turn an initially light bicycle into a hefty one. The convenience is worth the weight, but it’s not something you can spend your way out of.

Is there a minimum bicycle weight?

Rumors of changes to the minimum weight have circulated for a few years. As of writing, the UCI has neither implemented them nor announced any firm plans to do so.

The rule dates back to 2000, and is controversial both for reflecting outdated standards and for limiting manufacturers’ experimentation.

While 15-lb bikes were rare in 2000, they’re readily available today.

For example, the Trek Émonda SLR 9 is slightly below that threshold, and the Specialized S-Works Aethos and Canyon CFR both come in about a pound lighter. All off the shelf, and all with disc brakes.

(But unlike you and I, pro racers don’t need to write the five-figure check to bring them home…)

What’s the best way to make my bicycle lighter?

Lighter wheels and tires make the most noticeable difference, since rotating weight has an outsized effect on how light the bike feels. Next, you may be able to shed a pound or two with a lighter saddle.

Most other parts entail a high price for little weight reduction, so it’s usually more cost-effective to buy a new bike if you want to cut even more weight.

As you can tell from the staggering price tags of the super-light bikes we saw just above, it takes a big bank account to push the limits of bicycle weight. That’s no surprise, since we’re talking cutting-edge engineering and often proprietary materials at that point.

Will a lighter bike help me?

As always, this is where context matters.

On a bike with enormously heavy, low-end stock wheels, you may be able to shed a few pounds of rotating weight for around $300-$500.

But after those relatively affordable weight cuts, you might get far more for your money in totally different ways.

For instance, let’s say your goal is to race faster—if only on Strava. Consider whether you’ll get more out of a lighter bike versus more personalized training/coaching. When money is a constraint, perhaps it’s better used to improve the engine (you!) than an already-decent bike.

In other words, significant weight reduction is expensive, and there’s always an opportunity cost. It’s worth contemplating whether something else altogether could help you achieve your goal.

The bottom line is that if you’re a racer, you probably already know how much weight affects your times. Assuming your training and lifestyle are already optimized, then further weight savings may make the split-second difference that secures a podium spot.

But for everyone else, with luggage or accessories or small checkbooks or just other priorities, it’s vastly better to pay for a useful bike than a light one.

There will always be commercial hype around this and that weight-saving technology. Take it with a grain of salt.

Futuristic engineering is fun to geek out on, but it rarely delivers an objectively better time on a bike.