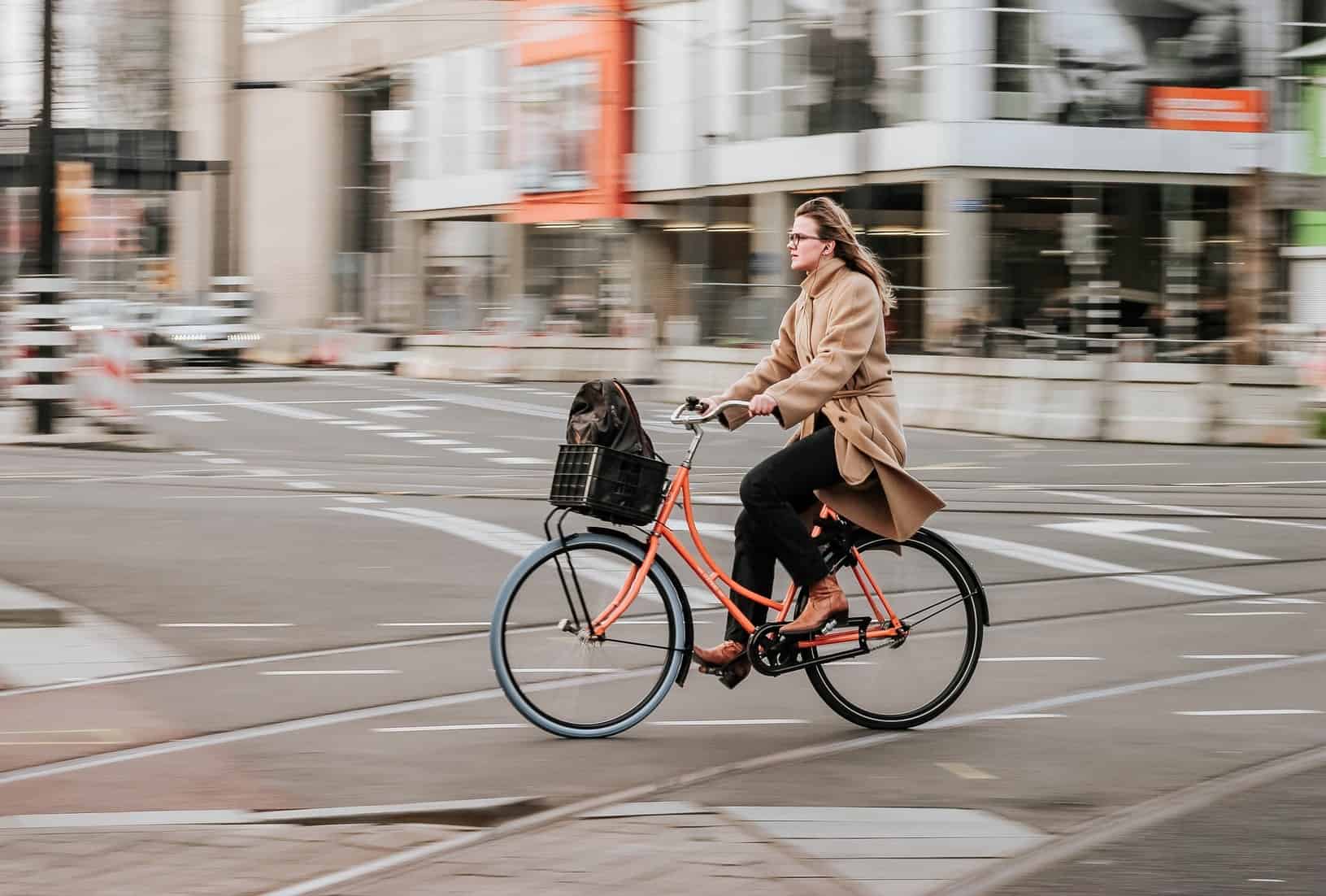 Bike commuting is generally getting more popular, but it’s still a little uncommon in most cities, so myths abound.

Some of these myths are trivial, but others turn into obstacles that might deter you from a fun, healthful, and rewarding commute…all unnecessarily!

We’re going to look at some of the most common bike commuting myths, and separate the facts from the misconceptions.

Myth: you need to be super-fit

Many would-be bike commuters figure their fitness isn’t up to the task. After all, you see plenty of Lycra-clad speed demons turning their commute into a training session. Who can blame you for thinking cycling is just the domain of athletes?

But in reality, if you’re capable of 20 or 30 minutes of brisk walking, then practical cycling should be no problem at all. Your fitness will naturally improve with modest but consistent riding.

Besides, there’s no harm taking it easy as your heart, lungs, and legs all get into shape. Striving for the land speed record is strictly optional.

Myth: you need some sort of special bike

This site tends to wax poetic about the virtues of city bikes and all their ingenious, utilitarian features. And to be sure, those purpose-built bikes are marvelous for commuting and errands.

The thing is, many of us get into bike commuting to save money, not to spend even more. Does that mean we’re out of luck on a tight budget?

Fortunately, no. There are only (about) three critical things for a commuting bike, which you can read up on here. Most are fairly cheap, and will turn virtually any bike you already have into something usable for your commute. It’s wise to test the waters anyhow before upgrading to a dedicated city bike.

Myth: it’s terrible in the rain

I’ve commuted to the very same office here in the drizzly Pacific Northwest for over five years. Yet to this day, I still get comments of awe and disbelief when my colleagues notice that, yes, I ride in the rain.

It never struck me as all that odd, but apparently non-cyclists find it baffling!

The reality is that fenders and proper clothing (read my suggestions here) make rain almost a non-issue.

Of course your face and hair will get wet, and of course you need to take corners a bit slower and avoid slamming on the brakes.

But beyond that? With the proper gear, it makes amazingly little difference. As the Scandinavian saying goes, “There’s no such thing as bad weather, only bad clothes.”

By the way, there’s even one unexpected advantage. Whereas car windows fog up in the rain and often blur so badly you can hardly see, your vision on a rainy-day bike ride remains crystal-clear.

Myth: you’ll be way too sweaty at work

Along the lines of the earlier myth about fitness, it’s also widely assumed that cycling makes us sweat, period. Few of us want to show up disheveled and/or take half an hour to stop sweating and freshen up at work!

That’s inevitable if you approach commuting like a training session. But from personal experience, simply backing off to something like a brisk walking pace will prevent 90% of the sweat you’re concerned about. A restrained pace adds a few minutes to your ride, but it saves far more by not making you sweaty a mess.

And the remaining 10% of that sweat? It’s nothing you can’t handle with a baby wipe, a quick swipe of deodorant, and perhaps swapping the denim for a more movement-friendly alternative.

Myth: it’s a slow way to get around

You’ve got things to do and places to be. And at a relaxed, non-sweaty pace, cycling must be too painfully slow, right?

There’s no sense comparing yourself to a car on the open highway. But in city traffic, you’d be surprised. Factoring in congestion and stoplights alongside the wide-open stretches, cars often average little more than walking speed. It’s obviously worse in major downtowns than sparse suburbs, but we generally overestimate our effective speed in a car.

But even if cars yield a faster trip, there’s another time factor that’s perhaps even more important. Building exercise into your daily life means you don’t need to carve out as much exercise time separately. If your 15-minute drive becomes a 30-minute bike ride each way, but you skip the half-hour treadmill session, then you’re actually getting time back.

I’ve saved safety for last because it’s the most nuanced. It’s also so local that talking about bike commuting safety as a whole makes little sense.

For instance, within half a mile of home, I can find beautiful protected routes just steps from Frogger levels of danger. How much of that danger you’d have to face depends on something as trivial as which side of the street you work on!

Clearly, it’s not reasonable to draw a sweeping safety conclusion. But by the same token, the all-too-common view that bike commuting is a reckless, dangerous activity suitable only for crazy young men is just not fair, either.

Firstly, it’s often possible to pick low-traffic routes that add a few minutes but remove heaps of stress. If you haven’t biked your way to work before, then I highly recommend scouting out a mellow route on the weekend.

Secondly, there are several small but highly effective things within your power to maximize safety in any given situation. We can’t control the built environment or drivers’ behavior, but we can control what we anticipate and prepare for. Read this guide next for a closer look.

Of all the bike commuting myths and misconceptions, these are the six I read and hear most often.

The interesting thing is that first-hand experience puts many of them to rest. If you’re not convinced you can commute with Olympian fitness, or if you’re not sure the bike in your garage will really suffice, then the best way to know is to just try.

So have fun, stay safe, and above all, get out there!