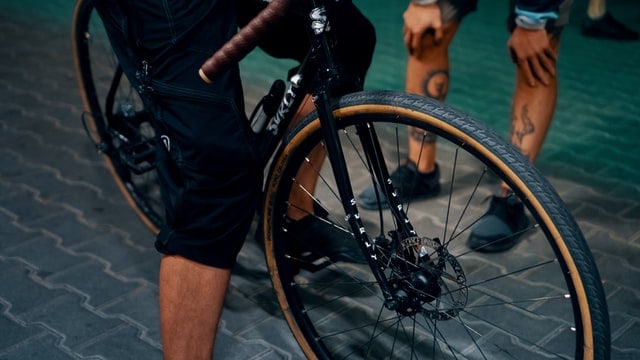 Surly has grown from an obscure, perhaps cult brand into perhaps the best recognized label among its not-quite-mainstream siblings.

Their bikes and brand are both distinctive, to say the last.

And in this article, we’ll cover some key points about the Surly line in general, look at a few noteworthy models, and take a closer look at why they hold such a unique place in the bicycle market.

In brief, are Surly bikes any good?

Yes, Surly bike are good for all sorts of practical and recreational riding. They’re sturdy, useful, well-made steel frames at reasonable prices, which makes them especially popular for custom builds. Keep in mind that Surly bikes are only made of steel, and may run heavier than similarly-priced competitors.

We’ll break that down in a moment, but the short version is that the Surly line includes several solid, no-frills options that most of us can’t go wrong with. I’ve touched on the virtues of steel frames elsewhere, but in brief, it’s a wise choice if you plan to ride your bike for several years.

But whether Surlys are good for you is another matter, since it all comes down to what you expect from a bike and what you’re willing (and able) to pay for it.

Surly is owned by Quality Bicycle Products (QBP), and based at QBP’s headquarters in Bloomington, Minnesota—next to Minneapolis.

QBP is an enormous bicycle distributor in North America, which sells to many—if not most—local bike shops.

While we’re on the topic, Salsa and All-City are also owned by QBP. They’re effectively different divisions of one broader company—alongside Surly and a handful of other.

Are Surly bikes made in the USA?

No, Surly bikes are made in Taiwan, which is the center of the mid- to high-end bicycle market these days.

It’s simply not cost-effective to product in the USA. By using some of the top Taiwanese factories, QBP can sell Surly bikes at an accessible price.

(Some of the most ornate production bikes on the market come from Taiwan these days. Most of the Rivendell is a great example of how refined Taiwanese frame manufacturing can be.)

Given Surly’s strong local connections to the Minneapolis cycling scene, I can only speculate that they’d like to make bikes in America. But, with labor costs and supply chains being what they are, that would push prices out of reach for a good chunk of their clientele.

No. Even though they share a name and are both based in the Minneapolis area, Surly Bikes and Surly Brewing Co. are completely separate companies.

(Strictly speaking, Surly Bikes isn’t a company, but a brand of QBP, as mentioned earlier.)

Launched in 1998, Surly Bikes is older than the brewing company by a few years.

In a rare example of companies not trying to sue each other into oblivion, the bike brand gave its blessing to the upstart brewery to use the same name, with a few reasonable conditions attached.

The confusion persists, but the two brands don’t compete or overlap in any way.

Surly frames aren’t generally heavier than other steel frames of similar quality. However, nearly all steel frames weigh at least a few ounces more than aluminum or carbon fiber alternatives.

If you’re trying to compare specific Surly model weights to other brands, here are a few things to keep in mind.

For one thing, frame size affects weight, but labeled sizes aren’t the same between brands.

For instance, a 46cm Surly Straggler is significantly smaller than a 46cm Soma Wolverine (perhaps its closest competitor). You’ll get a more meaningful weight comparison based on equivalent top tube, stack, and reach measurements—regardless of official sizes. And remember, wheel size may also vary with frame size, and significantly affects the complete bike’s weight.

Additionally, some Surly models don’t have obvious competitors to compare weights to.

For instance, the Lowside is pretty close to one of a kind. (Granted, it’s a kind that people who worry about weight probably wouldn’t have wanted anyhow.)

So, is a Surly worth the money?

Surly bikes are a good deal for high-quality, useful, and intentionally simple steel bicycles. They emphasize versatile mounting standards and (usually) relaxed geometry, so they’re easy to build up in different ways for different purposes.

They’re certainly not cheap up front, but keep in mind that good chromoly frames can last a lifetime, so the overall cost of ownership is very competitive.

They’re not light or cutting-edge enough for racing on, but that’s never been Surly’s target market, either.