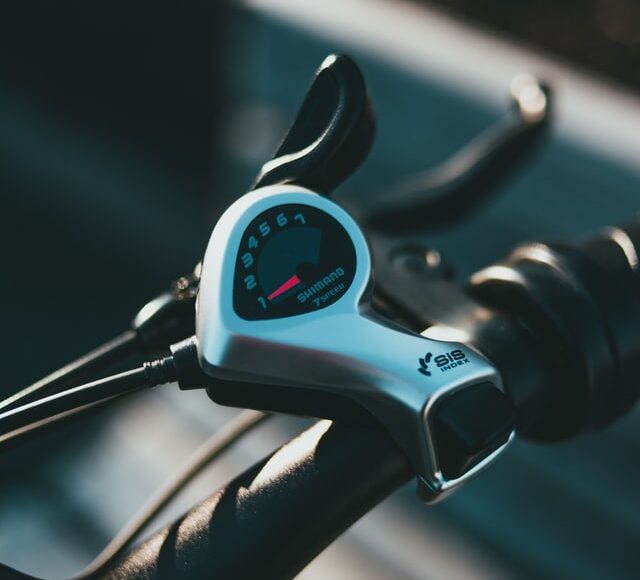 Whoever said “it’s as easy as riding a bike” clearly never dealt with one that just wouldn’t shift.

It’s extremely frustrating, but fortunately, it’s usually simple to fix. We’ll take a quick look at how shifting should work, then at what might be getting in the way.

Usually, bikes don’t shift because the derailleur’s indexing or limit screws are out of adjustment. Cable or housing damage/impingement are not uncommon, and severe chain or gear wear can also contribute.

Physical damage to the shifter or derailleur is rare and usually obvious, but it’s the first thing to rule out.

Before we go deeper into why some bikes won’t shift, it’s helpful to understand what’s supposed to happen.

Background: what happens during shifting?

Contrary to what some new cyclists might think, this process is not automatic after all. You as the rider need to do simple but timely things to shift smoothly.

You don’t have to read this section, but it’s much easier to diagnose mechanical things when you know what they’re supposed to do!

(Note: I’m assuming you do not have an internally-geared hub. They’re a whole other ball of wax, and much harder to diagnose.)

Anyway, both front and rear shifting start when you click the shifter into another gear. It’ll tighten the shifter cable in one direction, and loosen it in the other.

Inside the derailleur are springs that pull it toward the smallest cog. (A few older ones pull in the opposite direction, but those are extremely uncommon in the last couple decades.)

Each click of the shifter should release/retract exactly enough cable to match the distance between gears.

(This is called indexed shifting. Shifters that don’t click into place are known as friction shifters. They’re very rare on today’s bikes.)

And now that you’ve clicked the derailleur into its new position, the chain is centered over the new gear. As you keep pedaling, the gear’s teeth will catch the chain and help it settle into the new gear.

Then, voilà: a complete shift!

Why, then, won’t your bike just shift?!

First, let’s double-check three things, if only to rule them out:

Any of those will require a mechanic’s attention. But if they all check out, then here are some likely culprits.

In my observation, this is by far the most common cause of a bicycle not shifting.

If you feel the chain sort of rubbing or scratching when you shift, but it never settles into place, then it’s probably an indexing issue. That means the derailleur’s position with each click no longer lines up with each gear.

On rear derailleurs, you can fix this with the barrel adjuster at the rear end of the derailleur. It’s best to put your bike on a repair stand (or set it upside-down on its saddle) so you can freely pedal and shift in place.

Try just half a turn at a time. If it worsens, then undo those turns and go in the opposite direction until it improves.

Front derailleurs work similarly, but they’re a little simpler because they have just 2-3 gears with very large gaps. You can usually tell at a glance whether the front derailleur’s guide is aligned with each chainring. (Pro tip: start with the middle one, if applicable!)

That’s because of their housing: a rubbery, line tube that’s stiff enough to tighten cables while maintaining a smooth bend (not straightening out).

However, it’s not uncommon for dirt, debris, or cable-trimming scraps to get stuck inside the housing. The result is laborious, unresponsive shifting.

It’s possible to clean out and re-lubricate housing, but far easier just to replace it. You’ll have to re-adjust cable tension either way, so there’s no sense taking on the hassle of cleaning it and trying to re-insert those frayed cable ends.

Time for an embarrassing story. I once brought a bike to the shop for two reasons: rear shifting was getting continually worse, and my Thule Pack ‘n Pedal rear rack wouldn’t stop sliding around.

The problems, it turned out, were one and the same. I’d inadvertently fastened the rack’s right-side mount directly over the rear derailleur cable. Even with the housing, it was enough pressure to interfere with shifting…and more so every time I tightened it down.

The first lesson is to make sure nothing pushes or presses on the cable to your misbehaving derailleur. It’s surprisingly easy to overlook.

Issue 4: The chain and/or gears are worn out

If your bike shifts precisely, and indexing lines up visually, but it still won’t shift (or stay) in gear, then check for chain and cog wear.

If you also notice the chain slipping or skipping under tension, then that’s a dead giveaway. Skip the above and start your troubleshooting right here!

Why do worn-out chains or gears cause shifting problems? Bicycle chains stretch over time, meaning each link gets ever so slightly longer. Eventually, they don’t adequately line up with the chainring/cog teeth.

And those teeth are slowly wearing down all the while. Eventually, they become too rounded off to hold onto the chain under stress, and that slipping/skipping feeling becomes common.

How long should I expect chains and gears to last? Chains may last up to a couple thousand miles, and chainrings and cogs last about twice that long. Longevity is less for bigger, stronger, or more intense riders.

If you think this is the issue, then always replace your chain when you replace gears. Otherwise, a stretched chain will only hasten the wear.

(By the way, check out this bike lifespan article for a more thorough look at what sort of longevity to expect from these and other parts.)

Front and rear derailleurs both have upper and lower limit screws. In keeping with their name, they stop the derailleur from moving past the inner- and outermost gears.

If you can shift in the middle of the range but can’t reach the highest or lowest gear(s), then the limit screws are probably getting in the way.

They’re usually conspicuous, as in the example below, but you can always find your derailleur’s manual online.

We’ve covered what should happen when you shift gears on a bike, then looked at common issues that get in the way.

Derailleur adjustment is the most common, whether via indexing or limit screws. Fortunately, it’s easy to fix with no more than an Allen wrench and a sharp eye.

Chain and gear wear are inevitable, but unlikely to suddenly or totally prevent shifting. They tend to manifest as gradually less precise shifting and more chain skipping.

Finally, cable or housing obstructions can come from internal debris or external pressure. That’s not exactly rare, but it’s much less common than the other causes.

Of course, it’s possible that none of the above apply, and your bike is a truly unusual case. It’s a bummer, but it happens!

In that case, your best bet is to take it to a local bike shop. They’ve seen it all before, so they’ll have you back in action quickly—and will save you from tearing your hair out meanwhile!